PaulH Member
December 2019 edited December 2019 in General questions
Here's a relatively simple 3D game intended as an example of how 3D models can be used in Gideros. 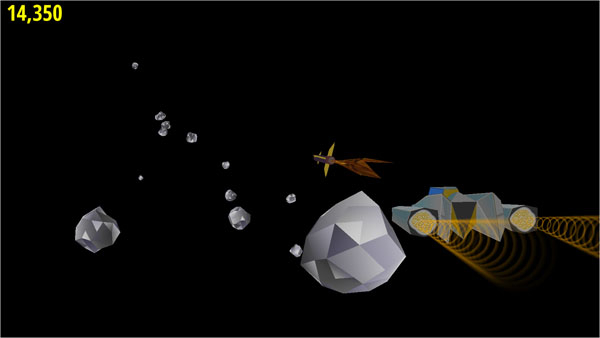 I'm not calling this a tutorial since I'm not walking through the steps of its creation, but I've added comments to main.lua in an attempt to thoroughly explain the function of all the code. I'm including the Blender files for the models used in the game. The attention to detail here is limited: I spent about 12 hours on this project, including 3D modeling, texture creation, sound editing, coding, and documenting the code.

Caveats: You can play the game in a browser here: http://www.pishtech.com/space_3d

Use this however you like, with the exception of publishing the game, either as-is or with only minor modifications.

I hope this is helpful to those interested in trying 3D development with Gideros.