Using Wax for easy access to Objective-C under IOS Gideros

Over the last day or so, I've put some effort into getting the Wax Lua-ObjectiveC bridge working under Gideros. Wax is a project by Corey Johnson that allows one to effectively write ObjC code in Lua and gain access to virtually all of the IOS libraries.

Here's an example in Lua of putting up a native multiline text field that can be edited with the IOS keyboard: I've implemented Wax as a plugin, called BhWax, which just might be the last Gideros plugin you'll ever need to write (if you're on IOS). Sadly, Wax is tied to Objective-C for reasons that I discuss on my blog, so Gideros users developing for Android won't be able to make use of it, I'm afraid.

Here is a short video showing how you can set up the plugin in the GiderosIOSPlayer and a peek at the demo program I've included with the download: 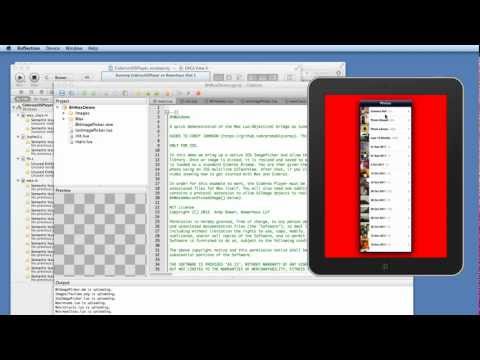 More information is available on my blog page for those who are interested. I don't know whether it's just me but this seems really cool.