Is it normal to show the same folder twice (linked and not linked) in Library panel ?

I created a project and linked the image folder that exists in assets in Gideros project. So far, so good, I could use it with out any problem.

But after I closed and reopened the project, I see in Library panel that exists both the linked folder and a folder as if it were not linked, but created.

Is that right? Project continues to run as before. Below is an image that illustrates what I'm trying to explain: 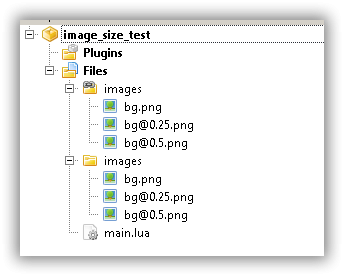