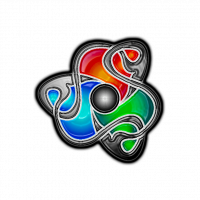 SinisterSoft Maintainer
December 2020 in Announcements
@hgy29 has been hard at work with a major new feature and he decided to make it an early Christmas present- Sprite Effects! It would be great if you would all wish him and his family a Merry Christmas (or better, donate to Gideros!) in return...

To see how SpriteEffects work, take a look at the Bloom example...

Changes on Apple targets (now they are out of beta)
Metal is now the only renderer (completely removed OpenGL on Apple)
Moved the code base to use ARC system (some plugins may still malfunction)
Added macos support: the exported project now targets ios, apple tv and macos.

Improvements
[plugin/tntvirtualpad] changed function distance to math.distance and pii to math.pi
[plugin/imgui] Changes ImGui:beginFullscreenWindow(). It is now have padding by default.
[plugin/imgui] Drawlist items can be now rotated.
[gfx/shaders] Allow to specify multiple shader type and variant, plus inheritance
[sample/bloom] Use effects lib instead of GLSL only shader
[library/shaders] Add effects library (Bloom/Blur)